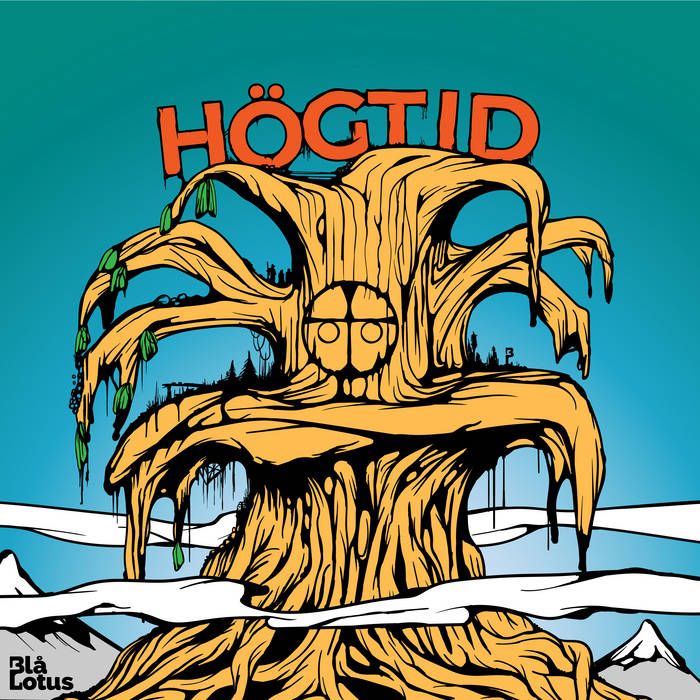 Fredrik Andersson tells us about the new album.
So, this is our sophomore effort, consisting of songs put together during late 2017 and on through 2018. As usual, I had written and prepared them beforehand and presented them to the rest of the band through rough demos, albeit striving to leave enough space for the others to leave their own mark on them and by months of rehearsal and occasional live performances, we eventually had fine-tuned them to the degree that we could lay them down the basics during the hot sizzling summer of 2018. The remainder of the overdubs (that is, Farfisa, Mellotron, Pianet, synthesizer and vocals, all weighing heavy on my shoulders) did suffer a bit due to procrastination (the whip apparently didn’t crack hard enough) and me ending up in hospital due to an intestinal inflammation towards the end of the year. I got better though, not least through the spiritual support of my fellow bandmates and eventually, we could present the finished product to our main man Nick who instantly approved.

We agreed upon dubbing it “Högtid”, approximately the Swedish word for feast, or rather celebratory season (i.e. Christmas, Easter, Midsummer and so on), sort of hinting at the superficial theme of the two main tracks ‘Pagan Solstice’ and ‘Summer Demons’ and maybe also the inclusion of our momentary rendition of an old Swedish marching tune (‘Gånglåt’). Despite this, it’s not a concept album, no overarching theme or grandiose convolution, no siree Bob! They just happened to be the songs we decided upon rehearsing during this last year-and-a-half. You could say though, that there is a common theme between the two aforementioned main songs in that they both deal with the expectations laid upon oneself and the urge to get away from them; one more in the external side of things (‘Pagan’) and one the internal (‘Summer’). ‘Pagan’ was actually a leftover song from my previous band (as was ‘Unreal Estate’) in which I played the guitar and thus these were written accordingly so I had to find a way to present them on the Hammond but eventually they proved to be more in tune with the Lotus spirit anyway.

‘Summer’ on the other hand began its life as an unassuming, Neil Young-esque folk song, amounting to probably no more than a couple of minutes in all, but demonstrably ended up being the longest track on this record. The mopey lyrics should probably not be interpreted too deeply by a suicidal person though. Then we have the most optimistic track on the album, ‘While You Were Asleep’, a psychedelic ode to the division of labour and the fact that despite what all the fearmongers tell us, overall the world is a better place at this very moment than ever before throughout history and that it will be ever so slightly better tomorrow, so stop whining and dig into the fact that this is more a showcase of the Farfisa rather than the Hammond. A bit of variation thrown in for good measure. And finally ‘Rats’n Brats’ is just a piece of vintage heavy rock’n roll; a good excuse for letting our hair down and maxing out the fuzz boxes toward the end.

And there you have it. We hope you will enjoy the fruits of our labor as much as we have enjoyed perfecting it during this period. It’s just a pity that we can’t really put into words the exact Anglo-Saxon depiction of its name. Guess that’s why we insist on inserting all these Norse umlaut-laden words everywhere.
//Fredrik, keeper of the seven-hundred keys

Artist: Blå Lotus
Formed during the fall of 2016, Blå Lotus was basically three guys with a vision of making heavy prog rock without the aid of a guitar. Heavily influenced by old school progressive acts of yore, they immediately set out to create a fulfilling soundscape equipped with just bass, drums, and Hammond organ and a vast array of lengthy jam-based compositions interspersed with heavy stoner-like riffs.

Three guys with a vision of making heavy prog rock without the aid of a guitar.

Bandcamp Daily  your guide to the world of Bandcamp

outré black metal, with a Victory Over the Sun interview and music from Liturgy and Jute Gyte.